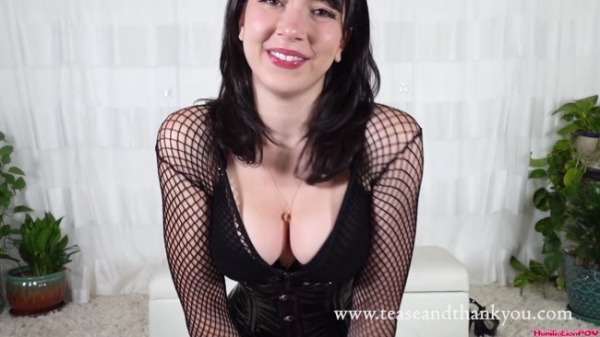 Ever since I learned that you're just a tiny bit submissive, I've been thinking non-stop about all the different things we could do together. My mind is full of ideas but I do have a few in particular. I mean you do want to explore, right? That's what you said. So I was thinking we start fairly simple. I have a few different chastity devices and I was thinking I could just lock you up. It doesn't have to be for long. I promise. I would never do anything that would make you uncomfortable. I mean I care so much about you. I just want to see what your dick would look like locked away. Just for a few seconds.

You might not even know it's on. You might be just so busy looking at my cute outfit or staring deep into my eyes, you might be so entranced that you would even notice. You wouldn't even notice that I have the key. Just for a second. I promise. And then once we get you locked away, it would be so exciting because then you would get to feel exactly why it's so popular among submissive men. The way that the cold metal just touches your skin and hugs you so tightly. As it gets tighter and tighter as you look at my sexy body in this outfit.

Soon you wouldn't even realize that you were trapped. But it's not like you would be trapped for long anyway. Just for a few seconds, right? That's what we agreed upon and I would never go back on a promise. It's not like I would lock you away and just forget where I put the key or forget that I put it on you, and by the time you're out of that submissive space and you say, 'Marisol where's my key?' And I say, 'Gosh I don't know, I guess you're going to have to stay that way until I find it.' No. Nothing like that.

We would just quickly lock it on, and then your cock would be mine. Well just for a little bit, right? Trust me. I mean how would you know you're not even interested in it until you've tried it? You don't need to be afraid of the unknown. Just think about how happy it would make me to see you like this. Locked away. So helpless. So trapped. Just for a second. I promise. Don't you trust me at this point in our relationship? It's really not that scary. Let me just show you, I have it right here because I was hoping you'd say yes. If you need some more convincing, let me just show you how it works right here in my cleavage. We just put your dick in, and lock it, and then just try to stroke your cock with it.

How about we put you in this chastity device, just for a second, and then when I take you out, you'll be allowed to stroke as much as you want? Wouldn't that be fun, you little slightly submissive cutie boy? Ok let's try it. Here, put this on. Let me lock it. LOL! Amazing! Wow you look so good in it! I'll just take that key and put it in between my tits for now. Hope I don't lose it! Just kidding lol. This will only be for a second, right? Now I want you to go stand in the corner and watch as I do this. I mean I am at work.

Hey so I'm all done with my. You look really comfortable in there. Are you sure you don't want to stay in there just a little bit longer? I promise I won't keep you there forever. 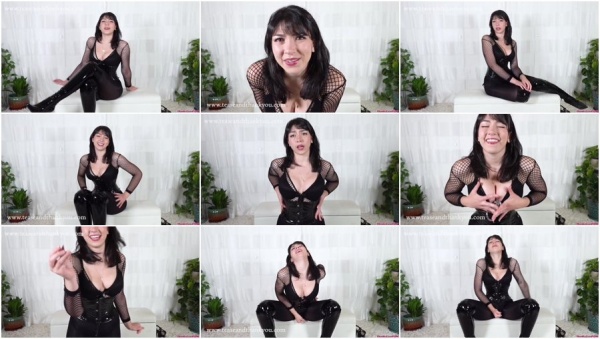